As a result of its ambitious projects AccorInvest has become one of the leading proponents of innovative urban vegetable gardens in the space of a few years. We look back on an exemplary approach which appeals to customers as well as unifying the teams in-house. 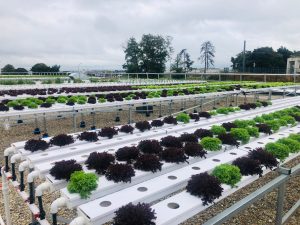 Respect for the environment is in constant progression among the criteria which help our customers to choose a hotel and AccorInvest is well aware of this. The Group has adopted a global approach aimed at reducing its environmental impact. ″We want to move towards more positive and engaged hospitality involving our employees and investors″ explains John Ozinga, CEO AccorInvest.

Planting vegetable gardens on the roofs and terraces of our hotels is one example of this positioning. More than 250 hotels have already taken action, representing almost a third of our properties. For AccorInvest there are two objectives: to participate in preserving biodiversity in towns and to develop urban or suburban agriculture. ″As cities continue to spread, the question of how to ensure their supply is a real social issue″, according to Caroline Ebran, Sustainable Development Manager at AccorInvest. ″Our aim is to contribute at our level to the reintroduction of vegetable farming in urban environments and to get our supplies from market gardeners in the suburbs so as to limit our dependence on the countryside.″

AccorInvest’s commitment to vegetable gardens became a reality early in 2016. An initial survey was carried out to identify where to implement the development projects. The Mercure Paris Boulogne was clearly an ideal candidate with its 350 m² terrace free of any technical installations, easy to reach and without any sealing problems or safety risks.
″While reviewing the hotels, I started looking for possible partners to support us by bringing innovative solutions″, comments Caroline Ebran. ″During a visit to the pilot project managed by the young start-up Agripolis I discovered aeroponics″.
In this soilless growing method, plants obtain their water and nutrients by means of a closed circuit, meaning that ten times less water is used than in conventional agriculture!
In accordance with the deal made between the two companies, AccorInvest financed the construction of a aeroponic vegetable garden on the roof of the Mercure Paris Boulogne while Agripolis ensures the maintenance of equipment and harvests the fruit and vegetables.
The vegetable garden consists of 216 PVC columns suspended from a bamboo structure. Each column is two metres high and can be used to support plants along its entire height, meaning that the production area is much larger than in a standard garden.
As soon as the plants are harvested, they are replaced with new ones. The project is very productive!

In synergy with the restaurant

Courgettes, bell peppers, young shoots, squash, carrots, radishes, Swiss chard, strawberries, between 25 and 30 different varieties flourish on the roof of the Mercure Paris Boulogne. They are all destined for use by the hotel restaurant and for this reason the production is planned in tandem with the chef Johan Thierry. At the start of the year the chef states his needs based on the dishes on the menu. Each week he receives a harvesting schedule which he uses to place his orders, certain in the knowledge of receiving ultra-fresh produce.
In the space of three years the feedback gathered by the two partners has led to big improvements in the quality and quantity of the production.

Have you heard of aeroponics?

Dishes made with produce from the vegetable garden are marked with an easily recognisable symbol on the restaurant’s menu. Often intrigued and sometimes dubious, any customers who are interested can visit the vegetable garden. ″They are always impressed″, comments Jean-Sébastien Laurent, GM of the Mercure Paris Boulogne. ″These visits give us the opportunity to show them that it is possible to put a short circuit in place – only seven storeys! – between the production site and the plate, even in a city.″ A vital demonstration in view of the growing interest shown by consumers in how the food they eat is sourced.

In addition to meeting customer expectations, the project is a source of pride for the hotel team. ″It is rewarding for Johan Thierry’s kitchen team to offer and serve guests with healthy, tasty dishes fresh from the garden″ Jean-Sébastien Laurent acknowledges.

Over the past few months another project has been taking shape in the Paris region. A new technique is being tested on the roof of the Mercure Paris Orlytech with the start-up Nutreets. This time it is hydroponics, a method of growing plants in a nutrient solution composed of water, minerals and trace elements. For this first year of production, only one of the two roofs has been equipped but as from 2020 both will be productive and will provide an area of almost 2,000 m2. Matthieu Saby, GM of the Mercure Paris Orly Tech Airport tells us, ″We are very excited and fully committed to this project which is taking shape. Of course we are aware that this year is for testing and setting up but as from March 2020 our production will come close to reaching our objectives. But already this projet is proving to be federating and is the pride of our Chef Kévin Giret and his team.″

The support of the asset managers is essential in bringing other projects to fruition. Their role is to find sites where new vegetable gardens could be planted.
So if you know of any sites with potential for innovative projects don’t hesitate to pass the information on! 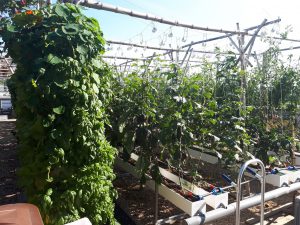 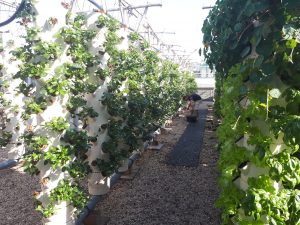