• 6 countries, 8 stopovers, one of them at the heart of Tokyo during the Olympic Games
• A film shoot in the Galapagos Islands, a Unesco biosphere reserve
• A first Transpacific passage entirely self-sufficient in energy
• The exploration of this new ‘centre of the universe’ where hydrogen lies at the heart of economic and environmental policies.

Within a very uncertain global health context, Energy Observer has decided to forge
ahead with its round the world Odyssey. Indeed, together with their partners, Victorien Erussard and his team are keen to continue delivering a message of optimism across the world. Among the highlights of the programme: the Galapagos Islands, California and then their first Transpacific passage, which is set to lead them to Tokyo for the Olympic Games. 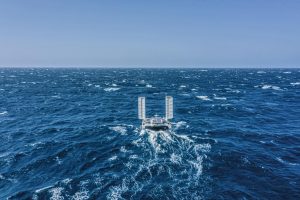 And so begins the 5th season of a 7-year Odyssey for Energy Observer, the first vessel powered with renewable energies and hydrogen.
Inevitably impacted by the global pandemic, their journey around the world requires the teams to adapt to the multiple local health
guidelines. In this way, Energy Observer intends to open up new avenues whilst continuing its exploration of positive energies for a
brighter future.

In 2020, the vessel completed the longest sea passage in her history with her first transatlantic crossing and the exploration of a series of overseas territories stretching as far as French Guiana, racking up over 11,000 nautical miles in the process.
This performance was possible thanks to the enhanced on-board systems, which enable complete self-sufficiency in energy. The result
is a model of resilience, which is particularly well suited to the current context.

The fifth optimisation refit, which took place in Le Marin, in Martinique, has enabled the systems and the vessel to be readied for some even longer passages, including that of the Pacific. The hydrogen chain has been simplified to optimise the performance of the REXH2® (a fuel cell – compressor – inverter ensemble developed by EODev in collaboration with Toyota). This module really proved its Worth during the 11,000 nautical miles navigated in its first year, demonstrating its potential to make sea transport go green. 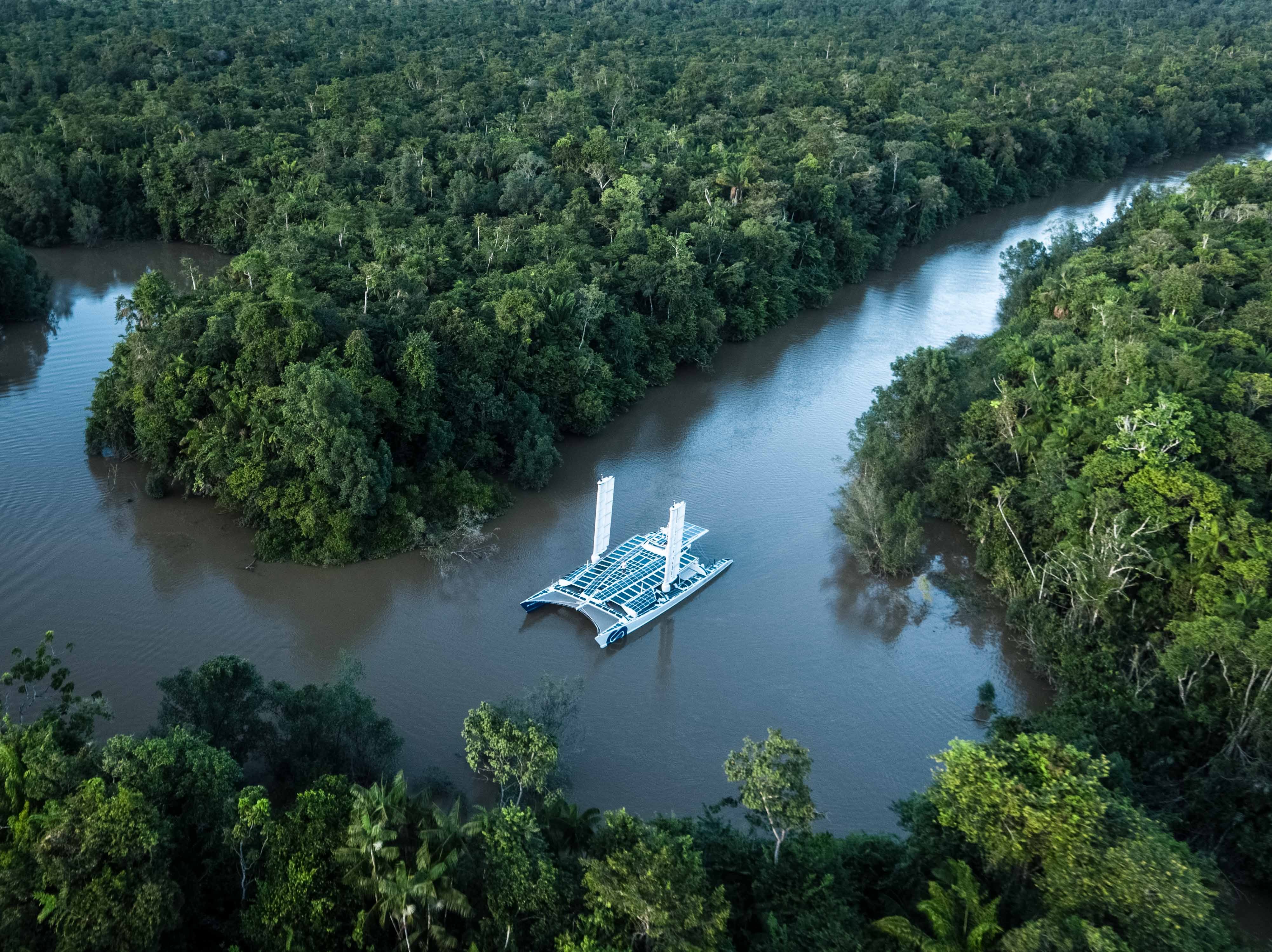 Another 4 years of the Odyssey and a Transpacific passage in 2021!

The boat cast off from Le Marin in early February. After passing through the Panama Canal, she made landfall on 24 February in the Galapagos Islands, a Biosphere Reserve created by Unesco – historic partner to Energy Observer – to discover a unique ecosystem, which was a huge source of inspiration for Charles Darwin and his theory of evolution.

Next up on the itinerary will be California, a hotbed of innovation and an accelerator of ecological transition in North America: a sea passage spanning nearly 3,000 nautical miles with two stopovers scheduled in Los Angeles and San Francisco, health conditions
permitting. 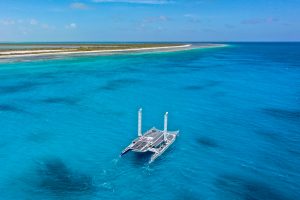 Asia, a pioneering continent in the deployment of hydrogen

After a stopover in the Golden State, the crew is expected to embark on its first Transpacific passage, with an unmissable stopover in
Hawaii before journeying to Tokyo Bay for the Olympic Games. Here, Victorien Erussard will have the honour of being among the torch
bearers relaying the Olympic flame, which will be powered by hydrogen for the very first time. It’s a highly symbolic step in this
planetary event, which serves to highlight the latest innovations in technology and energy.

Energy Observer will then set a course for Busan, in South Korea, followed by Shanghai in China, before rounding off its season in
Vietnam. These countries stand out through some ambitious energy policies built around hydrogen technologies. Cars, subway trains,
buses, lorries, dwellings: the applications are multiple with a far greater abundance than in Europe. It is these everyday uses which
Energy Observer wishes to draw inspiration from. 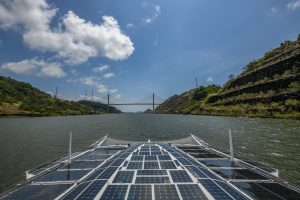 In 2022, the laboratory vessel will continue her journey to Singapore, then on to India and the Middle East, with a stopover in Dubai, on the invitation of France Pavilion during the World Expo. The Indian Ocean, Africa and South America will complete the Odyssey, with one last major international stopover: New York. Here, the first French ambassador for Sustainable Development Goals, Energy Observer will come alongside at Hudson Quay, the UN’s headquarters.
Finally, in 2024, the Energy Observer team wishes to round off its expedition by completing a final tour of France. Indeed, the aim is to share all the sustainable initiatives and solutions it has discovered on its journey around the world. All in all, it’s set to be an historic year for France which, taking up the baton from Tokyo, will be stepping up to host the Olympic Games, whose ecological ambitions in terms of environmental impact will be truly unprecedented.

“Through this second phase of the Odyssey, we are keen to share a whole other world with you… A world where the impact of energy
production is tolerable for the environment. A world where moving around no longer causes pollution or respiratory diseases. A world where man coexists with other species, maintains the ecosystems and benefits from the experience of nature. Energy Observer is eager to help build this new world and invent sustainable solutions for tomorrow’s mobility.” Victorien Erussard, captain and founder of Energy Observer. 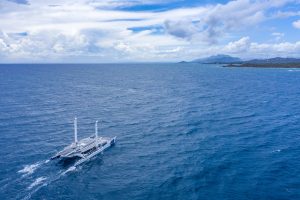 Energy Observer, a quite unique boat

Developed from a legendary multi-award-winning catamaran, Energy Observer is a laboratory for ecological transition designed to push the envelope with regards zero-emission technologies. From hydrogen to sun, wind and tidal power, all manner of solutions have been experimented with, tested and optimised to make clean energies a practical reality that is accessible to all.

“Energy Observer is an experimental platform for tomorrow’s energies. She is an intelligent, revolutionary boat which navigates the
oceans without damaging the planet. Her electric propulsion is fuelled by renewable energies: sun, wind and marine currents. However,
what makes her unique is her capacity for storing her energy in the form of hydrogen produced from seawater, a technology which
enables her to navigate the globe entirely self-sufficiently. Today, it’s important to give innovation meaning and use it to overcome the challenges that humanity is facing.” Victorien Erussard, captain and founder of Energy Observer.

Since setting sail from Saint Malo, its port of registry, in 2017, Energy Observer has been criss-crossing the seas on its round the world Odyssey, which is scheduled to run through until 2024. It has already covered over 30,000 nautical miles, made 63 stopovers, 15 of which have been with its travelling educational village, and visited some 30 countries. 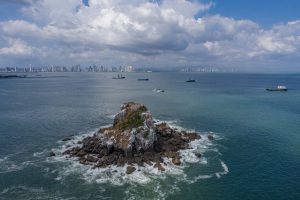 An Odyssey to accelerate ecological transition

The aim of this expedition is to help speed up energy transition by demonstrating how well alternative new technologies work in extreme environments and how they can be duplicated on a wider scale both on land and at sea. It’s also a way, during a circumnavigation of the globe, of exploring solutions that benefit ecological transition through the prism of 17 Sustainable Development Goals of which Victorien Erussard is the first French ambassador. Finally, its audio-visual productions are raising awareness among public audiences, decision-makers and manufacturers about this necessary change through a series of inspirational and educational content (documentary films, web series, scientific articles and a travelling exhibition…).
Energy Observer has received the patronage of Mr Emmanuel Macron, President of the French Republic. The first French ambassador of
the UN’s Sustainable Development Goals, this project benefits from the official support of the Ministry for Ecological Transition, Unesco, the European Union, Irena and Ademe.